You must sign in to apply for this position.

Additional audition information, including excerpts, will be available on the linked KSO Violin Audition website.

To apply: please fill out the application on this page and mail a $50 deposit to the address below. Deposits refunded following a completed audition.

The Kalamazoo Symphony Orchestra, founded in 1921 by Leta G. Snow, held its first concert on December 18, 1921, with 25 musicians conducted by Chester Z. Bronson. Mrs. Snow, motivated by her passion for the music, built the orchestra by recruiting quality musicians from other parts of the country and finding jobs for them at businesses owned by her friends. Thanks largely to Mrs. Snow’s efforts, the Symphony grew during the Depression years. Dr.  Herman Felber, Jr., was named conductor in 1934, a post he would hold for 25 years. By 1937, the orchestra had 80 musicians on its roster and was cited by Professor A.D. Zanzig of Harvard University as a model musical organization for small cities. A tradition of strong volunteer support for the Symphony began in 1930, with the founding of the Women’s Committee, later known as the Women’s Symphony Association and now called the Kalamazoo Symphony Orchestra League.

By the late 1930s, the orchestra began to offer educational and community service programs. In 1939, under Dr. Felber’s guidance, the Symphony initiated annual auditions for youth soloists, which continue today. During the 1940s, the growing stature and professionalism of the orchestra was reflected by the outstanding guest artists who came to perform with the orchestra, including Isaac Stern, Artur Rubinstein, and Georges Enesco.

During the season following Herman Felber, Jr.’s retirement, there were six guest conductors, including Gregory Millar, who became resident conductor and music director in 1961. The following years saw seve

During the 25-year tenure of Music Director and Conductor Yoshimi Takeda, from 1974 to 1999, the Kalamazoo Symphony achieved a standard of musical excellence that would have been inconceivable to its founders. Maestro Takeda’s tenure saw the establishment of the Family Discovery Series, Sunday Classics chamber orchestra concerts in Kalamazoo College’s Stetson Chapel, annual GospelFest benefit concerts, and the Summer Park Concerts.

In 2014, the KSO was at an important organizational crossroads on the cusp of its 100th anniversary season (in 2020-2021. The KSO knew the time was right to evaluate all facets of the organization and carefully plan for the next century. During 2014-2015, the KSO embarked on the most wide-ranging and inclusive strategic planning process in the organization’s 95-year history. The resulting plan serves as the KSO’s road map into its next century.

Today, as we approach our milestone anniversary season, we look forward to celebrating 100 years as part of the Kalamazoo community’s rich musical heritage. Our mission to serve our community through outstanding musical listening and learning experiences is demonstrated as our symphony musicians teach privately, in local schools, at Western Michigan University and at Kalamazoo College, and perform in chamber groups, at church services, and in other orchestras around the region. Music Director Julian Kuerti, Resident Conductor Daniel Brier, and Music Director Emeritus Raymond Harvey provide creative artistic direction underpinning our series and education programs. The dedicated Board of Directors and the KSO staff work to maintain the orchestra’s financial and administrative health. The donors and supporters—individuals, businesses, and the Kalamazoo Symphony Orchestra League—all help to make our orchestra a vibrant resource where the Kalamazoo community comes together to create shared musical experiences. 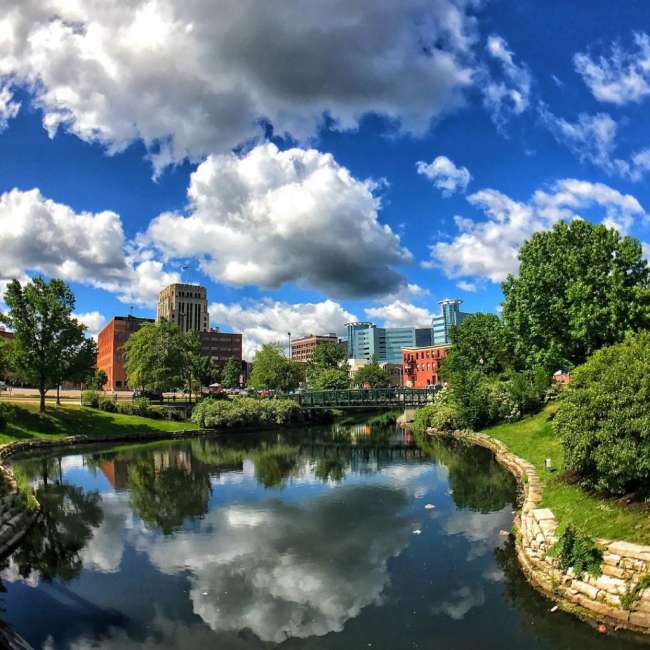