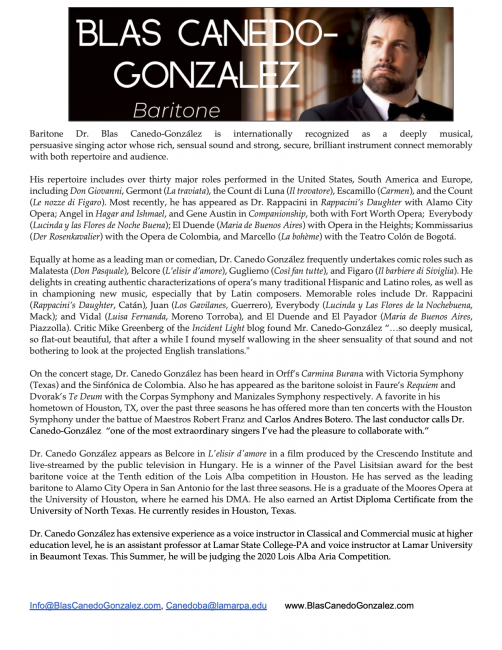 Dr. Canedo González has extensive experience as a voice instructor in Classical and Commercial music at higher education level, he is an assistant professor at Lamar State College-PA and voice instructor at Lamar University in Beaumont Texas. This Summer, he will be judging the 2020 Lois Alba Aria Competition.

Opera in the Heights