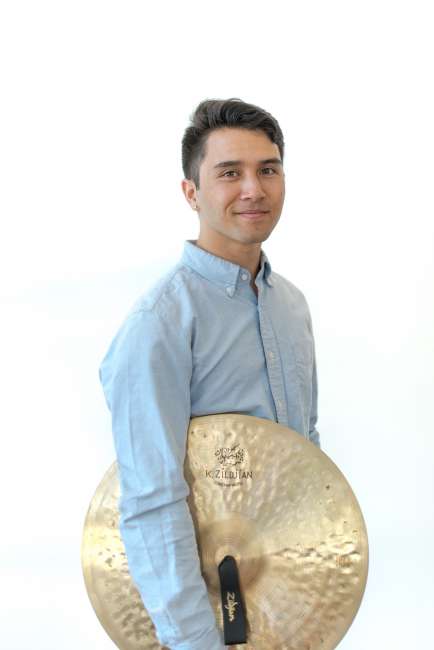 David Riccobono is currently pursuing a Master of Music degree in Percussion Performance at the Thornton School of Music of the University of Southern California. Leading up to his graduate studies, David received a Bachelor of Arts degree in music from the University of California, Los Angeles.  David is now studying with Jim Babor and Joe Pereira, and had previously studied with Raynor Carroll and Theresa Dimond.

By studying music in Los Angeles, David was given many opportunities to perform in multiple areas of percussion.  He performed in the American Youth Symphony, Debut Orchestra, and Dream Orchestra as a section percussionist, as well as various chamber ensembles including Eighth Blackbird and the Culver City Chamber Orchestra. In the marching arts, he has performed as a snare drummer in the Bruin Marching Band as well as the Pacific Crest Drum and Bugle Corps.  He also studied the art of traditional Japanese drumming as a member of Kyodo Taiko for four years. On top of these, David freelances as a percussionist, timpanist, drum set player, and taiko drummer around the greater Los Angeles area.