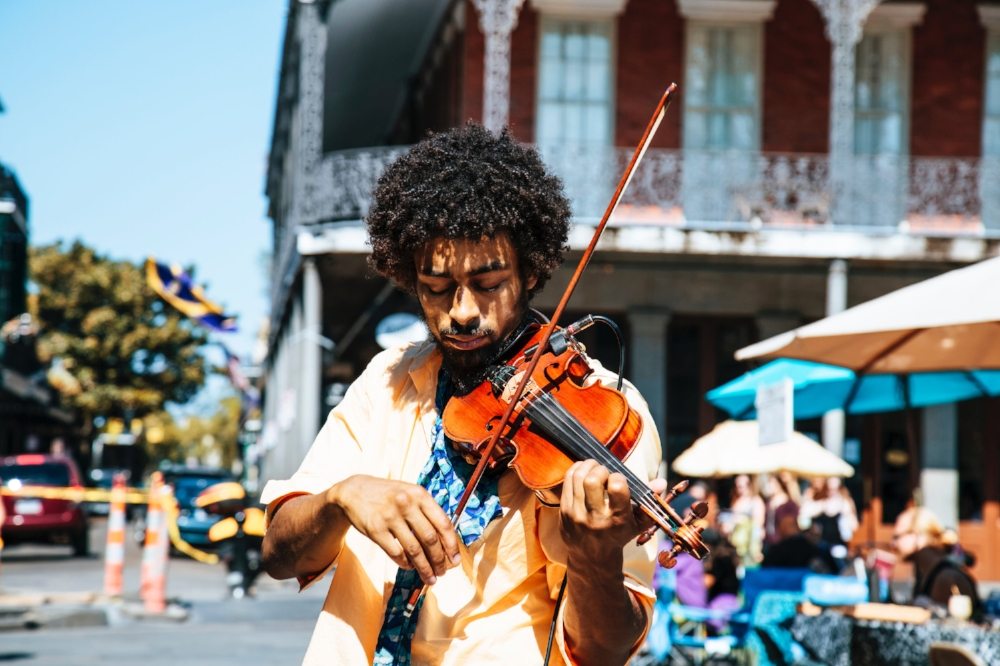 Can I win an Audition While Working a Job?

Many people think that the only way to win an orchestral audition is to block off several months and do nothing but practice.  While that sounds great in theory, most people don’t have the luxury to sit around and practice all day.

While many of the people I profiled in my recent book Winning the Audition had a “student schedule” when they won their job, several people were also holding down full-time jobs or had an otherwise busy schedule outside of the practice room.

Though everyone’s situation is different, there are five basic categories that most people who are auditioning fall into:

So… can you successfully audition for an orchestra while also holding down a full-time job?

The short answer: yes, but it depends on the type of job.

Each of these modalities has certain advantages and challenges, which I have detailed below.

1. Auditioning While In School

A large percentage of the players I interviewed for Winning the Audition fell into this category. A particularly common time to win an orchestra position was during a graduate degree program.  Often, it’s as if the stars align, and an audition works out just as a graduate program is wrapping up.

A much smaller percentage of people win jobs right out of an undergraduate degree.  This was more common a few decades ago.  These days, it appears that a few additional years of “finishing school” are required before a player connects with an orchestra position.

There are several obvious benefits to auditioning while in school:

Really, lack of professional experience is the only drawback for people auditioning in school.  Playing in a professional ensemble each and every week tends to change the entire audition mindset, and this is something that is difficult to replicate in a school environment.

College (particularly the graduate school years) is an ideal for auditioning.  If you’re currently in college, treasure these moments and leverage this freedom as much as possible.  You’re unlikely to have a better setup for auditioning later in life!

2. Auditioning While in an Apprenticeship Program

Orchestral training programs serve as a bridge between student life and professional orchestra life.  While the New World Symphony is the most obvious example in the United States, there are a few others that serve a similar function:

Outside of the United States (particularly in Germany), apprenticeship programs sponsored by specific ensemblesm exist that fill a role similar to the New World Symphony.  These programs offer ensemble experience, lessons and coachings, and other opportunities for players to hone their craft.  In my interview with Philharmonie Südwestfalen principal bassist Eric Steffens, we dig into the details of his Lubek-based apprenticeship program.

3. Auditioning With a Full-Time Orchestra Job

While a professional playing job reduces your available practice time, it can also give you a huge leg up over people without that experience. There’s no way to replicate the experience of actually sitting in an ensemble and playing the orchestral repertoire.

In my recent interview with Detroit Symphony principal bassist Kevin Brown, he described how spending hours each day playing repertoire at tempo in an ensemble profoundly changes the way that you perceive performing.  This is something that is difficult, if not impossible, to replicate while in school, and it’s something that is clear from the committee perspective.

The obvious disadvantage for people with full-time orchestra jobs is, of course, time.  In addition to the hours consumed by the orchestra job, “adult” obligations like marriage, kids, house repairs, and the like enter the picture further reducing available practice time.

In my interview with Cleveland Orchestra principal bassist Max Dimoff, he described his extremely busy schedule while in the Seattle Symphony and how he still managed to find time to practice. In attain to playing in the orchestra, Max had a young child during this audition.  He would frequently tell students who bemoaned how busy they were that, if he could prepare for an audition while holding down a full-time orchestra job plus taking care of a young child, they could certainly find the time to do the work.

Max would break his practicing into 90-minute chunks, practicing before rehearsal in the morning, after lunch, and in the evening if there wasn’t a concert.  These focused 90-minute chunks kept him fresh throughout the practice session.

Most people auditioning while also holding down an orchestra job play mock auditions for members of their orchestra.  Having a group of professional performers available that have successfully gone through the audition experience is another major benefit for players who have full-time jobs.

4. Auditioning as a Freelancer

For the purposes of this comparison let’s define “freelancer” as someone combining multiple income streams together to earn a living.  These income streams could be performing, teaching, driving for Uber or Lyft, working projects on Fiverr, or any other number of options.

There are pros and cons to auditioning as a freelancer.  A couple advantages include:

While you may not have the ability to play through as much repertoire on a professional level as someone with a full-time job, the benefits of a flexible schedule are significant.  You can schedule lessons, mock auditions, and coachings more easily.  You can more easily align your practice time to coincide with your preferences (morning person / night owl).

The biggest disadvantage to freelancing is not knowing where your next dollar will come from.  Taking an audition (and canceling work as a result) may have a bigger financial impact than someone with a full-time job.

Also, if you’re not able to perform consistently with high-level musicians, your skills and motivation may stagnate.  Not having a group of motivated peers around you can negatively impact your progress.  These factors can be mitigated, but it takes a little more work than someone with a full-time job.

5. Auditioning With a Non-Performing Full-Time Job

This is, by far, the hardest modality for people looking to find success on the audition circuit.  I remember working summers at Citibank in while in college. I’d come home exhausted, unable to summon the motivation to play even a scale.  It can be very challenging to schedule an uninterrupted block of time for necessary “deep work” when you’re holding down a full-time job.

With discipline, it is possible to make progress on the audition circuit while holding down a full-time job, but it’s the exception rather than the norm.  Former Boston Symphony bass trombonist Douglas Yeo is a good example.  Doug won his Boston Symphony position while holding down a band director job.  He’d use the band rehearsal room to play through his excerpts after school.

Jason Heath is the host of Contrabass Conversations, a podcast devoted to exploring music and ideas associated with the double bass. His blog and podcast are highly regarded in the music world and have been featured as top offerings in the world of arts and culture for the past decade.

An active double bass performer and teacher, Jason taught double bass at DePaul University for seven years and served on the Board of Directors of the International Society of Bassists for many years. He also previously taught at the University of Wisconsin-Whitewater and at Trinity International University. Jason previously served as President of the Illinois chapter of the American String Teachers Association and as the Illinois Music Educators Association District 7 Orchestra Division Co-Representative.

A graduate of Northwestern University, Jason currently performs with the IRIS Orchestra in Memphis Tennessee, and with he Midsummer’s Music Festival in Door County, Wisconsin. He was a member of the Elgin Symphony for 16 seasons and has performed with the Lyric Opera of Chicago, Grant Park Symphony, and numerous other professional ensembles.