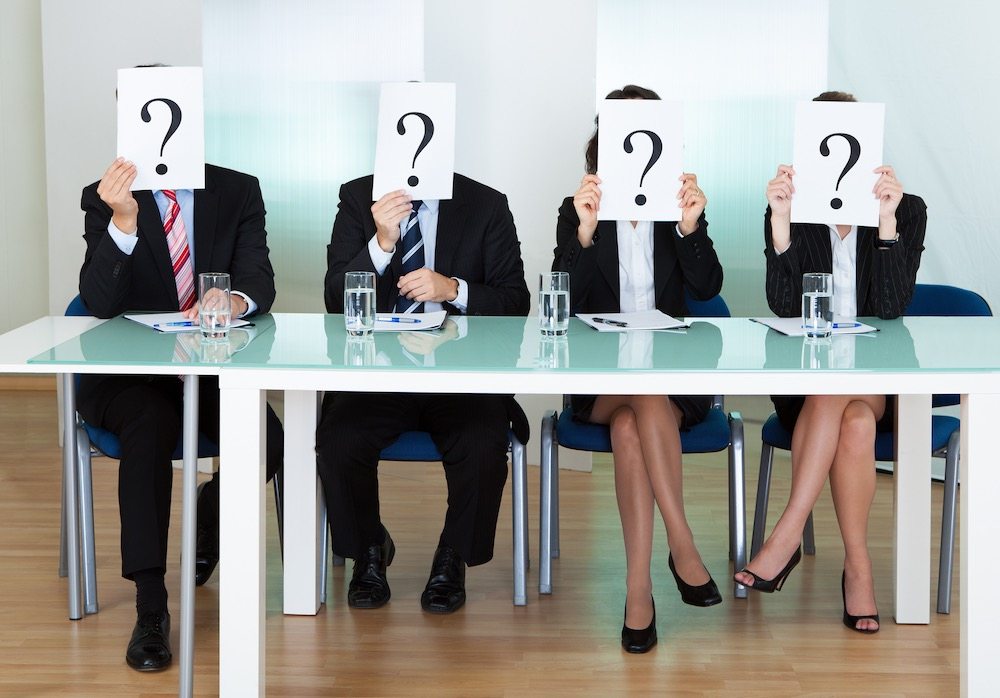 Plenty of audition articles tell you how hard you need to work, and some even tell you how to work hard. This one goes out to all of you who followed that advice, played a great round, and still found yourselves taking a tearful cab ride back to the airport.

If you’ve ever suspected that audition winners have a psychological edge or secret weapon, then I’m here to tell you that you’re right. There is an edge. But it doesn’t need to remain a secret.

You already know that auditions are decided by committees. And committees are made up of irrational human beings just like us. Therefore, in order to maximize your chances at an audition, you must understand how committee members think and how to persuade them.

I’ve been on both sides of the screen enough times to know that perfection rarely persuades. What a committee craves is a player who makes their decision easy and enjoyable.

Do you want to be that player? Then study up on how people really make decisions.

Imagine that you have a great-uncle who’s an automobile fanatic. He owns an entire fleet of amazing vehicles, and he makes you an unbelievable offer: he’ll give you whichever one you want.

There are only two conditions: this will be the last car you’ll ever own; and you’ll have to make your decision based solely on three-minute test drives. You won’t be able to do any research beforehand. You won’t even know what car you’re test-driving since all the identifying marks will be covered up.

How would you choose your dream car?

You’d instantly be able to put each car into a category based on your first impression. Some cars you’d eliminate just by sitting in the driver’s seat and starting the engine. Others you’d cut after a quick spin around the block. Soon you’d have a short list of contenders. But without consumer ratings, expert opinions, and specifications, how would you make a final choice?

There’s no such thing as “objective”

You’ve just put yourself in the shoes of audition committee members. They’re charged with making a decision they’ll have to live with for the rest of their careers, and they don’t get the benefit of objective evidence. Your audition, just like a test-drive, is completely subjective. It’s subject, in fact, to emotion, conjecture, bias, and blind (or deaf) spots!

The power of a story

Think back to those automobiles that made your short list. They felt “right” from the moment you stepped inside. As you sank into the plush leather, you imagined sun-dappled drives in the country. Firing up the engine gave you flashes of your friends’ envious faces. Turning the wheel had you carving up curvy coastline roads.

Each of your impressions went far beyond the evidence at hand: they were all flights of fancy that your brain conjured in an instant, without your approval. But once written, those stories stuck. Without any hard data to examine, they were all you had. You might have see-sawed for a while, but in the end you would have picked the most compelling story and walked away happy.

Committee members gravitate toward that same ease in their decision-making. So make it easy for them: tell them a story.

Storytelling is part of human nature

All of us have a need for narratives. Even as you read these words, you’re drawing a mental picture of me: what kind of person I am, what kind of life I lead. It’s human nature, and if you can tap into it at your audition, you can reach the committee at a gut level.

As soon as a committee assembles on audition day, they tell themselves stories…about themselves. Before the first note sounds, here’s a typical committee member’s thought process:

Pay special attention to that last one. After telling herself all the reasons that she belongs in the orchestra, the member finishes with a desire to include one more person…as long as she’s just like her.

That need to belong, to be included, goes hand-in-hand with storytelling. It’s no accident that most superheroes have an “origin story” that begins with them living life as an ordinary person. Good writers know that we’ll be more invested in the tale if we believe that the hero is one of us.

Without trust, you’re finished before you start

Somehow, then, you have to assume the form of someone who already has the job. How do you begin to do that from behind the screen?

Imagine yourself once more as a decision-maker. This time, instead of choosing cars, you’re choosing people. You need a business partner, someone whose fortunes will be tied to yours for years to come. So you throw a party and invite entrepreneurs from all over town.

As you scan the room, drink in hand, what is it you’re looking for? What’s the crucial ingredient, the thing you have to recognize before you’ll consider doing business with someone?

If you don’t trust the person in front of you, you can’t take him seriously. It doesn’t matter what he says or how he says it. But someone who makes you feel comfortable, while delivering a killer pitch? You’ll buy whatever he’s selling.

Each guest at your hypothetical party has a “look”: clothes, accessories, body language. When you see a well-fitting outfit combined with confident posture and easy gestures, you know that person is worth listening to. And you know it at a glance.

In a screened audition, your “look” equals your playing in the first ten seconds. A quality sound, delivered with confidence and fidelity to the score, puts the committee at ease. There’s no sliding scale for this gut reaction: it’s pass/fail.

Fill in the details

Once you pass, each committee member starts to sketch a broad outline of you in her mind. It might resemble the following:

The committee doesn’t actually know these things about you, but their minds race ahead to craft a compelling narrative for themselves.

The committee fills in the details of your story as you play more selections. In fact, without being aware of it, they predict how you’ll play each excerpt based on the story they’ve written about you so far! They pay more attention to evidence that confirms their story, and less to new information that would change it.

That’s why two different players, A and B, can make the same mistake and yet be judged completely differently. Once you understand why, you’re well on your way to honing your edge.

One minute into the audition, a committee member pegs Player A as “a maverick, risk-taking youngster who needs to be reined in.” Thus a mistake is further proof that A needs to settle down before deserving the job.

Player B, after one minute, is “a warm, sensitive musician who plays well in all styles.” That same mistake is a fluke: nothing to get worked up about.

It doesn’t matter that in reality, Player A is a veteran of several professional orchestras and a wonderful colleague, while Player B is freaking out during her first audition. The narrative has taken hold, and it dictates how new evidence is received.

All this is to say that first impressions matter. They are perhaps even more important than you guessed. So can you recover from a bad one?

The answer depends on just how bad an impression we’re talking about! If you failed to establish trust, then forget it. But if you at least caught the committee’s ear, then your success at rewriting your story depends on how interesting the story is in the first place, and how boldly you tell it. Give the committee enough new and compelling evidence, without distracting them further, and they’ll be on board with a rewrite.

So how can you take control of your audition story?

First, you have to choose your auditions with care. You must establish trust right away, and that simply will not happen if the entire committee is made up of players who are better than you. So before sending in that resumé, get knowledgeable feedback on your playing level so that you don’t waste your time.

Next, cultivate your “look”. Work on the technical details for your instrument that allow you to make a great sound in any range, at any speed, and at any dynamic. When those details are second nature to you, then committee members will hear in you that idealized version of themselves that they’ve built up.

Finally, to advance and win, you need to work the way mystery writers do: write the ending, then work backwards! You know the end of your story: you’re welcomed by the committee as one of the gang. How did you get there?

Think back to Players A and B, and the narratives that took root after just a few excerpts. What will your story be? Write it down, then live it through your practicing.

At the end of the day, the committee is only human, and humans are attracted to easy decisions. So make it easy for them. Tell a winning story from the start, and they’ll overlook your flaws every time. After all, you’re just like them!

Nathan Cole, First Associate Concertmaster of the Los Angeles Philharmonic, is one of the world’s leading coaches for the violin audition repertoire. Previously a member of the Chicago Symphony and the Saint Paul Chamber Orchestra, he has sat on audition committees for nearly every orchestral instrument. He has also performed as guest concertmaster for the orchestras of Houston, Minnesota, Oregon, Ottawa, Pittsburgh, and Seattle.

Nathan’s passion is helping violinists reach their potential in the practice room, concert hall, and audition stage. Through one-on-one coaching, master classes, blog posts, and videos, he shares detailed knowledge that is typically taught only inside elite conservatories. His “New York Philharmonic Audition Challenge” invites violinists from all over the world to follow Nathan’s own audition preparation timeline. It has already been adapted for other instruments including flute and viola.

Born to professional flutists in Lexington, Kentucky, Nathan started violin at age four in a Suzuki program. He earned his Bachelor of Music at the Curtis Institute, where he spent less time practicing solo pieces than he should have, and more time rehearsing string quartets. His wife, Akiko Tarumoto, is Assistant Concertmaster of the Los Angeles Philharmonic.

You can visit and write Nathan at www.natesviolin.com.