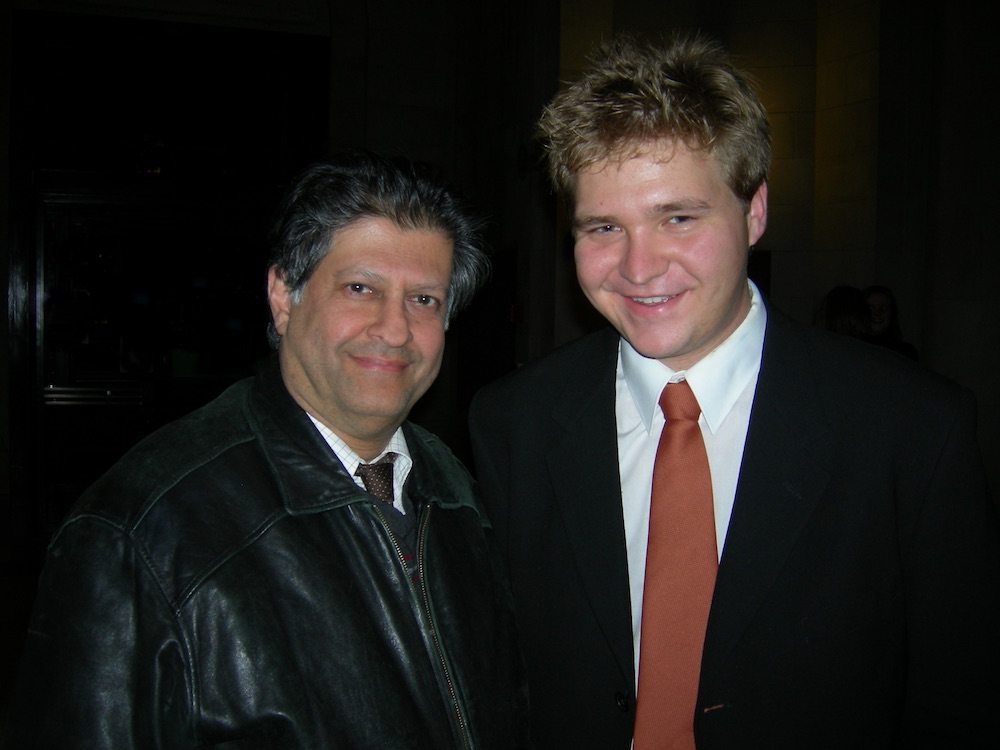 “Maybe you should go do that.”

These six simple words have stuck with me for over ten years now. Of all the profound teachings from lessons, masterclasses, coachings, legendary conductors, and best-selling books on self improvement, nothing even comes close to the same level of transformative power that those words have had on my life.

I can remember exactly how it all happened as clearly today as when it happened all those years ago. To this day, it was the best lesson I ever had. And mostly so memorable because it was also the worst.

It was just a couple weeks into the fall semester of my junior year when our story begins. The orchestra seatings auditions were over, my repertoire for the semester should have been taking shape, and the general buzz of the start of the year was quieting down. I was coming back from a pretty fantastic summer where I studied with my teacher and some other great violinists in the Czech Republic, and in general was feeling much more comfortable in my relationship with my teacher.

This was a long time coming since for the first two years of studying with him I generally feared that if I was unprepared for a lesson, he would transform into True Ogre from Tekken 3 and kick me out of the studio with the sidewinder combo. It was this larger than life quality, my respect for his work ethic and the success of all his students that drove me to practice so hard my first two years.

Stepping into his teaching studio was an awe-inspiring sight: photos of him and his teachers, Oistrakh and Gingold, world class musicians with signed messages to him, and a hall of fame of successful students covered the walls. I secretly always wondered if I might someday make it onto that wall.

All those motivations, (healthy or not) kept me going my first two years, but eventually they waned. Perhaps it was becoming an upperclassman, gaining a healthier grasp of my self-worth not being connected to my performance, or just that I learned that we both shared in interest in talking about food that my productivity decreased.

For example, once in a while, if I felt unprepared for a lesson, I could easily ask him if he had tried a new restaurant in town, or bait him by feigning interest in a terrible restaurant.  There was no way he could sit idly by let me think a restaurant like that was acceptable.  Once a topic like that got him fired up, we could easily burn 30min of a lesson before even tuning (a terrible waste of time in hindsight-but a coping mechanism nonetheless). **

And so it was on that fateful day that this story takes place, that I found myself standing in my lesson with hardly anything to show for myself. I was working on the Bach B-minor Partita, and after about three or four weeks I still didn’t have any of it memorized.  I remember my teacher’s frustration with me starting to show as I opened the book of sonatas and partitas on the stand. “Still using the music, Michael?” he asked. I knew it was going to be long lesson.

I scraped my way through what was probably the most uninteresting and un-danceable Allemande ever conceived. When I finished the Double (which was also double everything I just mentioned) my teacher just sat there and held his chin with his hand for what seemed to be an rather uncomfortable amount of time.

The following dialogue is what then took place:

Teacher: “Michael, this was barely better than sightreading”

Me: “yeeeeeeaaahhhhh, I know. I know I need to practice more”

Teacher: “I mean, what do you want me to tell you? Do you have any questions about what you need to work on?”

Me: “No, I haven’t been putting in the work-I know I just need to practice”

Teacher: “Well maybe you should go do that”

And that was it. He sort of helplessly gestured with his hands accompanied with a closed-mouth smile a la Jim Halpert, and I packed up and left. The best lesson of my life lasted maybe 15 minutes. Worst of all, I had finally succeeded in disappointing my teacher as I had so greatly feared the previous two years, but it looked nothing like I had imagined.

There are three principles I learned that day that those simple words have since come to represent.

The majority of my improvement was up to me. My teacher couldn’t control if I practiced or not. If I wanted to improve, it was up to me. I do leave room for divine interventions and the power of teamwork as well, but in terms of motivation and discipline, I cannot wait for someone else to spoon-feed me ideas or do the work for me. It’s up to me.

2. Change happens in an instant.

That day clearly marked a change that carried me through my final two years of my undergrad. While the practice and habits required carry out that change take incredible amounts of effort and years of refining, the initial shock that your life is heading in the wrong direction can happen in a moment. I’m not a huge fan of all things Tony Robbins, but I think he’s right when he says:

My teacher could have told me a hundred ways to practice, or a hundred ideas about phrasing. The problem was not that I needed a hundred options, it was that I needed to get things rolling on my own, and then adjust it once I had an idea of where it was going. This metaphor is something I think about whenever I am at a major life crossroad. There is little to no value in trying to know if I will like this gig or that gig, or this school or that school, or this job or that job before I get there. Once you start doing it, then you can really determine if it’s something you want to stick with, or just change a few things. You can’t stay put forever, start moving and see how it goes.

In closing, I wouldn’t recommend using this approach with all your students. My teacher and I had a pretty strong rapport, and he knew that I was capable of more, and could handle a butt-kicking.  However, If you are by chance feeling inspired to go practice right now, I would offer his memorable quote to you as an encouragement, that “maybe you should go do that.”

Be well and practice well,

Michael O’Gieblyn is a violinist with the Miami City Ballet and Palm Beach Symphony. He is the creator of www.OrchestraExcerpts.com, a resource for helping musicians study excerpts, and host of the Per Service Podcast.